A musical parody show about the Brandt family minivan 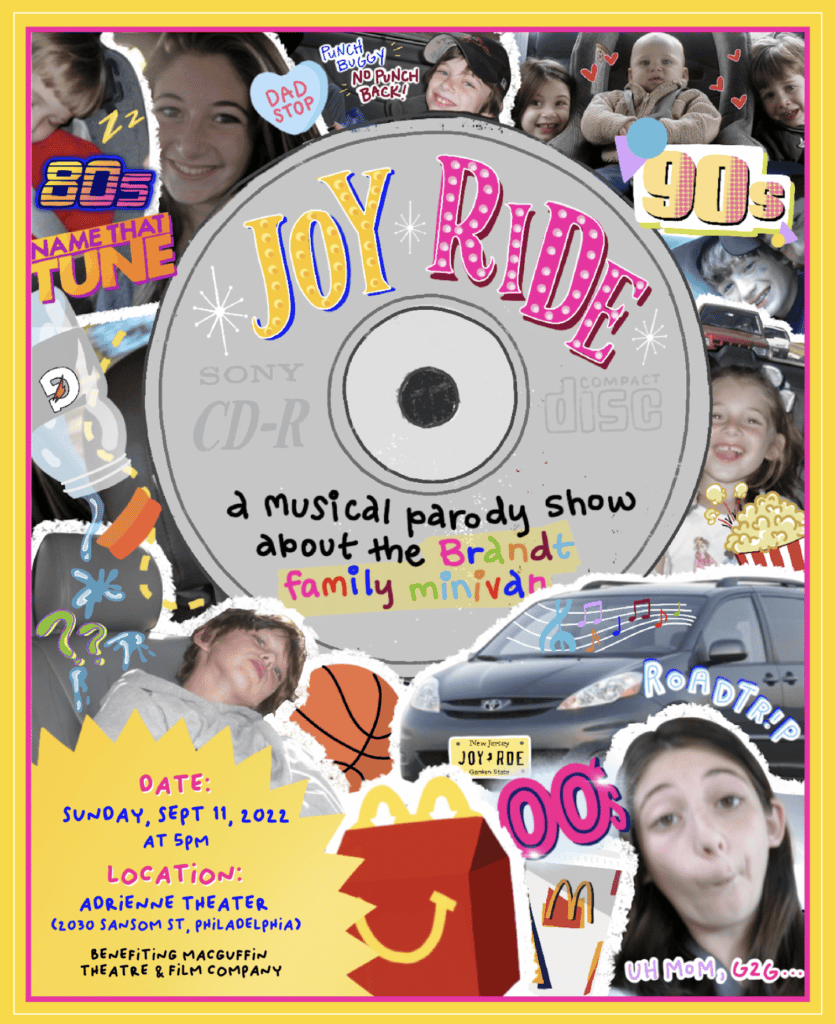 For over a decade, the Brandt family minivan saw many a carpool, many a round of license plate bingo, and many a fast food run. And while this 2006 Toyota Sienna’s days on the road have long run their course, the car still manages to serve as an excellent vehicle… for storytelling.

Join MacGuffin alumni and board member Meredith Brandt as she shares stories from her childhood minivan, told entirely through song parodies inspired by the albums that were forever stuck in the car’s once-high-tech multi-disc CD player.

Joy Ride was originally performed as part of the Emerging Artist Theatre’s Spring 2022 New Works Series in New York. The show runs approximately 1 hour and will be followed by a reception.

Meredith Brandt is thrilled to be performing once again behind the purple MacGuffin door. Meredith is a NYC-based, South Jersey-bred comic, actor, writer, singer, performer, producer, brand strategist, and Twizzler lover. Some fave past experiences include hosting Meredith’s Playground variety show, directing and performing with Bloomers Comedy, and acting in countless plays and musicals, including MacGuffin productions of The Sound of Music, Dodger, and Wicked (way back in 2006!). At MacGuffin, Meredith also was an original member of The Singin’ Bohemians, worked as a production and social media intern, and is now serving on the board. She is a graduate of the University of Pennsylvania and is currently studying with The Barrow Group. www.meredithbrandt.com

All proceeds from the show will support MacGuffin programs!