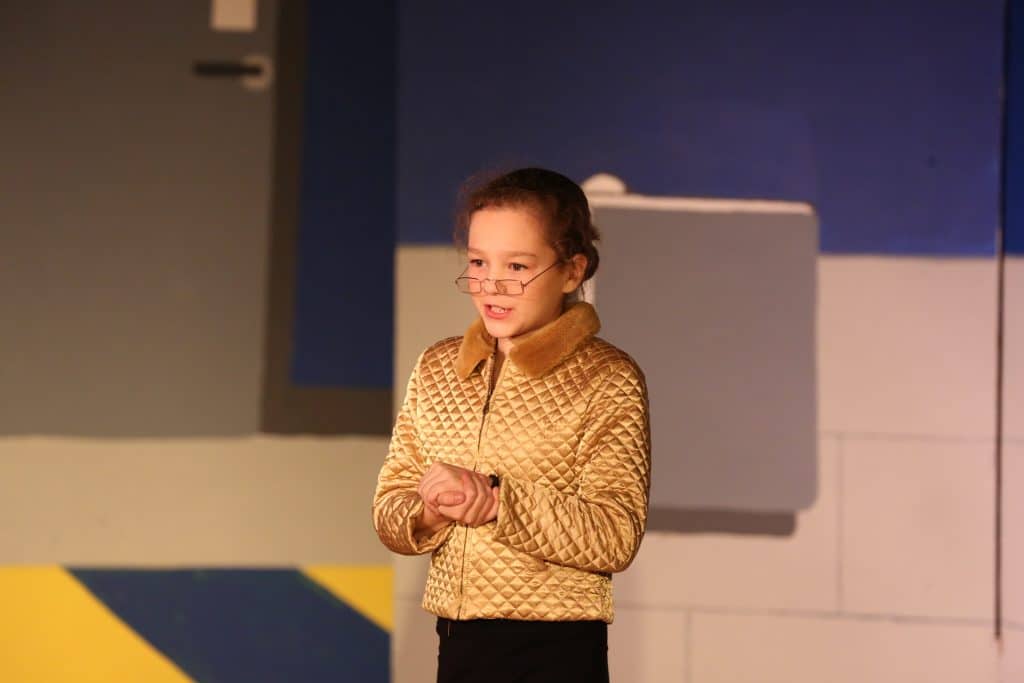 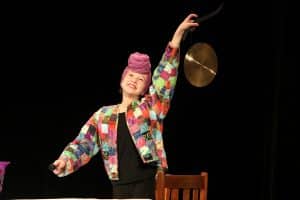 MacGuffin actress, Rosie Taranta has appeared in a number of our productions including: High School Musical, More Than Anything, The Jungle Book, The Music Man, The Lion King, and Peter Pan. She won The Hitchcock Award for Youth Leadership at the 2016 Shakespeare Awards. She currently reprises her role as Bertha Barnes, the put-upon school secretary in More Than Anything – the Movie, premiering April 22, 2018.

MacGuffin has taught me how to appropriately use constructive criticism for self-growth and development!